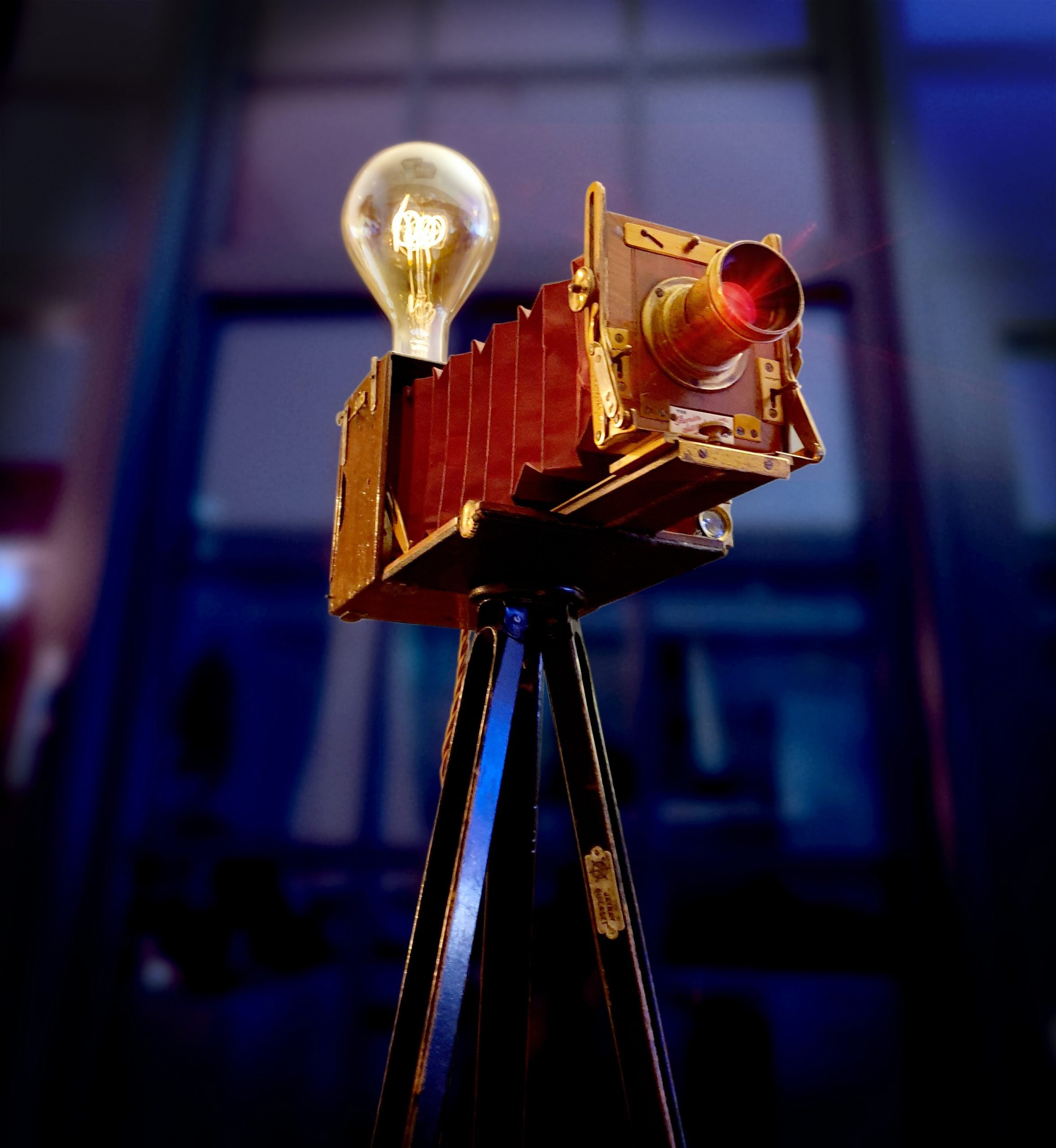 Having a camera in your pocket has become a normal part of our daily lives. The ability to catch the experience and freeze it in time is now regarded as entirely usual, and lacking that ability is considered unordinary.

However, having a good camera in your pocket wasn’t so common 10 years ago, even less so before that. This article will take a stride through the history of cameras, when they were invented, and how they have evolved through time. 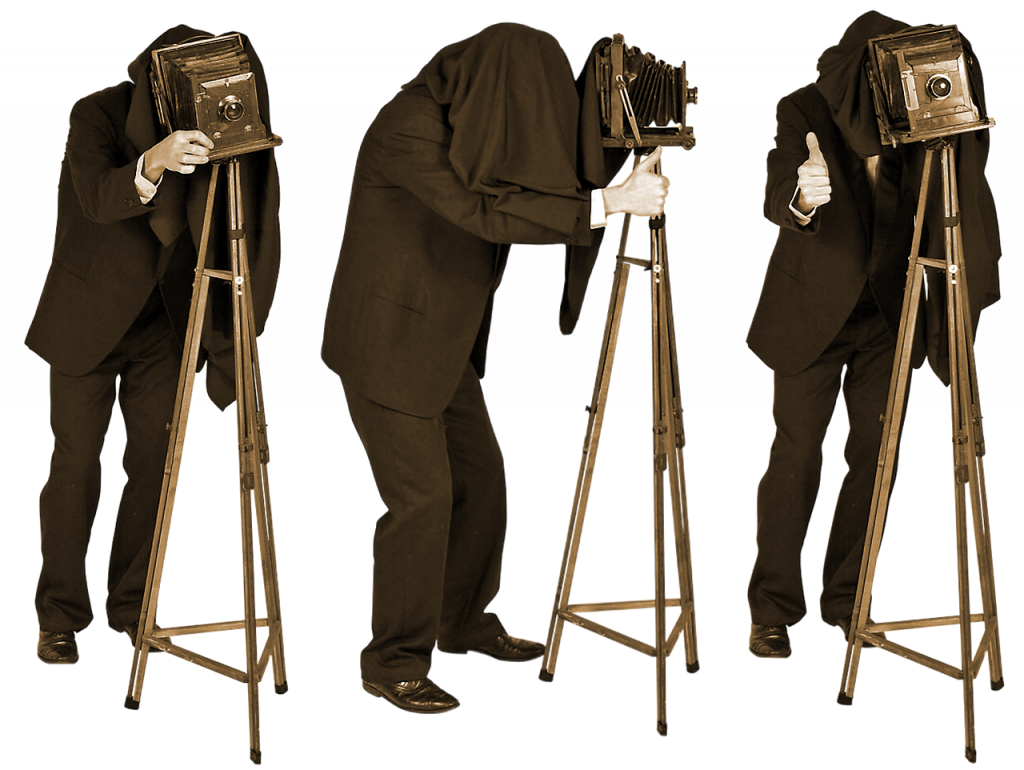 Who Invented the First Camera and Why?

The invention and history of the camera, from a room-sized box to a miniature component that’s part of our smartphones, involves many people across several centuries. Believe it or not, the device resembling a modern camera was first mentioned in 1021 in a book called the Book of Optics, written by an 11th-century Arab mathematician, astronomer, and physicist, Ibn al-Haytham.

Ibn al-Haytham (Latinized as Alhazen) is said to have invented the camera obscura (dark room) and the pinhole camera that worked on the same principle. Alhazen conducted several experiments with candles and natural light sources and described how the image is formed by rays of light traveling in straight lines.

The camera obscura was actually a light proof room with a small hole on one side for the light to enter and strike a reflective surface (a mirror), to project a colored but inverted image. The design was later updated with more mirrors and downsized for more practicality. Unfortunately, the technology to capture and save photos didn’t exist, so these contraptions were mostly used for observing solar events or projecting architectural drawings.

Johann Zahn was the 17th-century German author of Oculus Artificialis, a collection of descriptions, diagrams, sketches, and illustrations of camera obscura and other light-projecting and capturing devices, like projectors, slides, microscopes, telescopes, and lenses.

Zahn was the first to envision a portable camera that’s practical for photography — a device capable of actually capturing images on some type of medium. However, he was limited by the technology of his time, and it would be almost 150 years before his design was possible to actually build.

He also contributed greatly to the design of lens covers, which was a very important evolution in the history of cameras. It allowed the screen to be kept dark while the photographer changed slides.

Joseph Nicephore Niepce was a French inventor usually credited with the invention of the camera. By 1825, Niepce developed a technique called heliography that he used to create a print made from the photo engraved printing plate. Somewhere between 1826 and 1827, Niepce used a smaller version of camera obscura to produce the first photograph using the bitumen — the world’s oldest surviving photo of a real-world scene, called “View from the window at Le Gras.”

However, this was the first successful attempt. His previous attempts date back to 1816 when he managed to capture small images on silver chloride coated paper. The results were negatives, light where they should be dark, and vice versa. But the biggest problem, at the time at least, was that they would go completely dark once exposed to light for viewing.

These images were of better quality, they weren’t blurry or negative, but the surface of the silver-plated copper was so delicate that the lightest wiping could permanently scuff the image. The process was later superseded by less expensive processes, such as ambrotype. It’s worth pointing out that Daguerre’s experimental work coincided with experiments conducted by William Henry Fox Talbot.

Talbot managed to produce a light-sensitive paper doused with silver chloride in 1935, but he was unaware that Niepce used the same process some 20 years earlier. Finally, he perfected the process and prevented the pictures from fading by treating them with common salt. In the meantime, Daguerre continued to refine his photographic process. As a result, some of the late daguerreotype cameras had a significantly reduced exposure time, measured in mere seconds, compared to the initial design that required several hours of exposure. 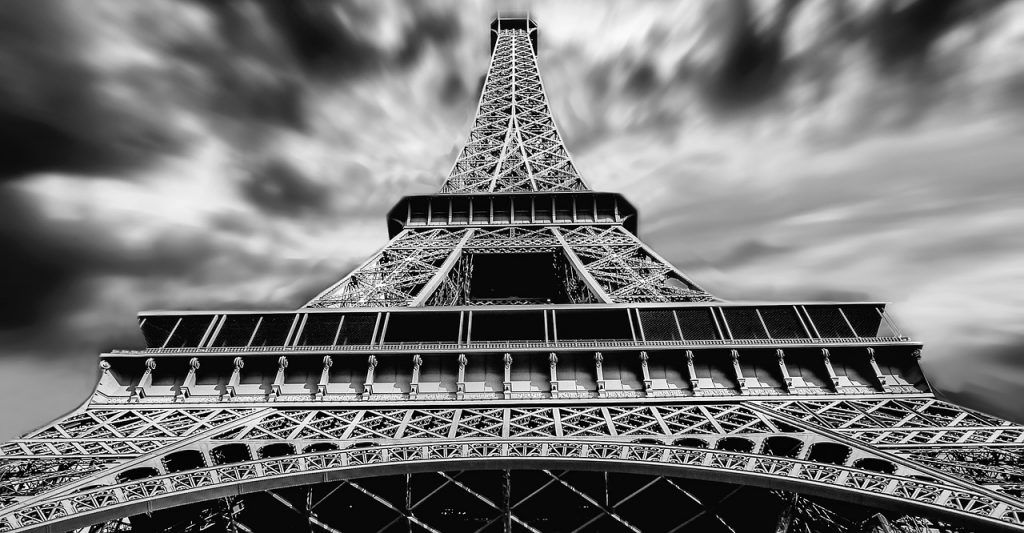 Where Was the First Camera Invented?

The first camera, which was basically a portable version of camera obscura, was made by Niepce in Paris, and he used it to make the first surviving photo on pewter coated with bitumen. His design was partially improved by Daguerre, who later managed to develop a high-contrast and extremely sharp image by using daguerreotype cameras.

The French government acquired Daguerre’s design and all of its improvements in exchange for pensions to Daguerre and Isidore Niepce, Joseph Nicephore’s son. At the same time, Talbot developed calotypes that used paper film, but they were never as popular as daguerreotype cameras were. However, Talbot’s photographic process formed the basis for modern photography.

The first photographic camera that could transfer an image to a medium was, by all accounts, invented in France, and after acquiring the Daguerre’s designs, the French government declared the invention “free to the world.” The first commercially available photography cameras were daguerreotype cameras, which first became available in France.

What Was the First Camera Called?

The first camera capable of capturing photos, the one used by Niepce, didn’t actually have a name in a commercial sense. It was just a modernized, more portable version of camera obscura.

Now camera obscuras are actually pretty ancient, and some scholars even theorize that the camera obscura projections, viewed through animal hides, played a role in Neolithic structures. But these are just theories of modern scholars. For example, one of the earliest written records of a pinhole camera for a camera obscura effect is found in a Chinese text called Mozi. Another written account is provided by the Greek philosopher Aristotle.

Ibn al-Haytham was the first to experiment with light proof rooms and extensively study the camera obscura effects in the early 11th century. His literary works became quite popular among European scholars in 1200 and have inspired the likes of Leonardo da Vinci and Johannes Kepler.

How Does Camera Obscura Work?

The natural principles behind the camera obscura effect state that the light from an external source passes through the hole and strikes the camera’s inside surface of the camera obscura, reproducing the scene. However, since the opening is small, it only admits the rays of light that travel directly from different points of the scene on the other side. These rays then form an image of the scenes, where they reach the surface opposite the pinhole.

Since the light rays retain the information about the color and brightness, the reproduced scene, though inverted, is colorful and with a preserved perspective. The later use of mirrors produced an image that wasn’t reversed, and around 1550, lenses found their way to camera obscura, giving the projected image more brightness while maintaining focus. 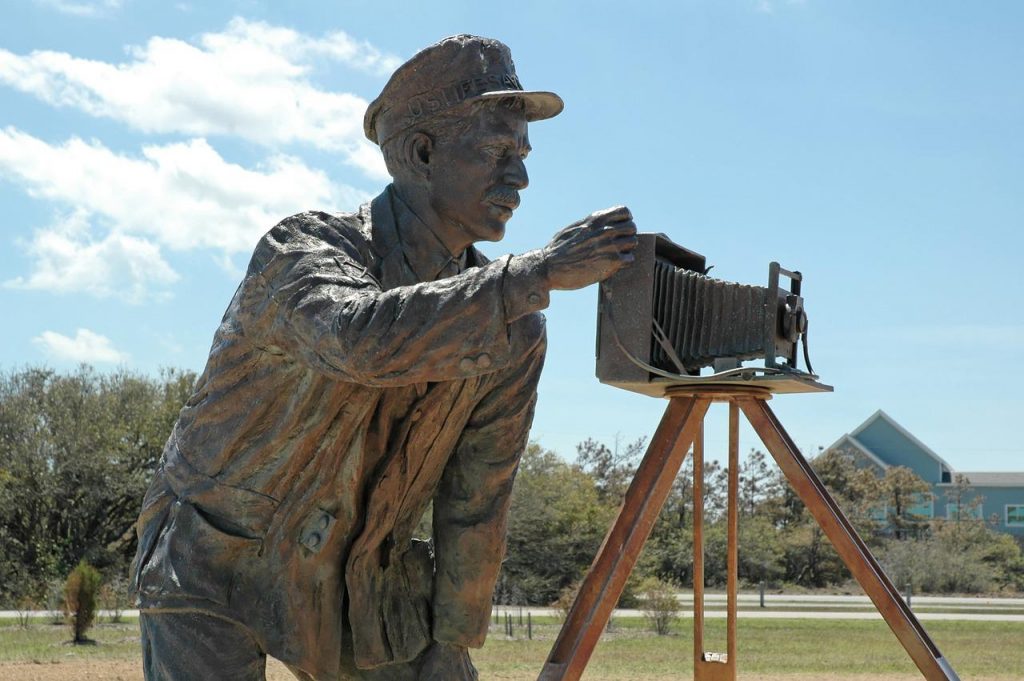 Evolution of the Camera

The commercialized version of daguerreotype cameras were double-box cameras that allowed photographers to focus the image. First, the photographer would open the lens cover and count the minutes to optimum exposure granted by the lighting conditions, after which he would close the lens.

The invention of gelatin dry plates in 1871 led to increased sensitivity, which allowed instantaneous exposure for the first time in the history of photography. The ability to take snapshots entirely eliminated the need for a tripod and commercial cameras quickly became handheld devices. This led to the creation of single-lens reflex cameras, field cameras, and even hidden photography cameras. In addition, the instantaneous exposure necessitated another innovation — the mechanical shutter.

George Eastman was the first to use photographic film, first with paper film in 1885 and then transitioning to celluloid in 1888 to 1889. In 1888, his first camera dubbed the “Kodak,” was made available for purchase. It was a simple box camera with a fixed-focus lens and a single shutter speed, which appealed to the common consumer due to its low price.

When the roll was ended, the Kodak had to be returned to the factory for processing and reloading because it came preloaded with enough film for 100 exposures. The film also allowed the movie camera and motion picture to develop from expensive toys to practical commercial tools.

35mm film became a popular choice for still photography between 1905 and 1913. So, Oskar Barnack developed a 35mm compact camera in 1913, though further development was postponed by World War I. The first consumer camera that relied on 35mm film was the Leica I released in 1925 and has cemented the use of 35mm film as a format of choice for high-end compact cameras of the time.

Retina I was the first Kodak camera to use a 35mm film, which came to dominate the market by 1966, entirely suppressing the use of roll film cameras. In the meantime, Japanese cameras, such as Canon, became incredibly popular after veterans of the Korean War stationed in Japan brought them to the U.S.

Single-lens reflex (SLR) and twin-lens reflex (TLR) cameras were available decades before their advent in 1933, but they were too bulky and couldn’t compete with handheld models. The first compact SLR camera that used a 35mm film was the Soviet-made Sport camera, released several months before Kine Exakta — the first Western SLR using 35mm film.

Japanese companies also entered the SLR market around 1950, including Canon and Nikon, two of the world’s most famous camera brands. Nikon presented an entire lineup of interchangeable components and became the first Japanese system camera.

Instant cameras became an instant hit when the Polaroid Model 95 appeared on the market in 1948, as they used a chemical process to produce finished prints in under a minute. Despite their steep price, they caught on, and the first Polaroid Camera aimed at the mass market was the Model 20 Swinger, which was released in 1965, and remains one of the top-selling cameras of all time. 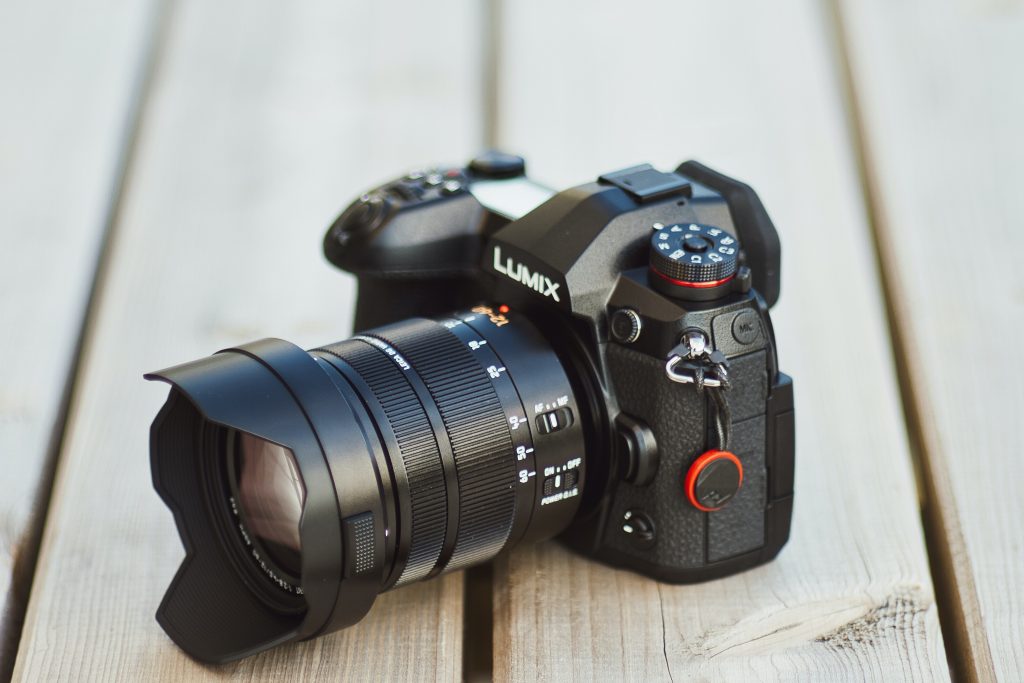 The first recorded attempt at making a digital camera was in 1975 when Steven Sasson of Eastman Kodak built a prototype that weighed eight pounds and took 23 seconds to capture a black and white image. However, Sasson’s attempt was just a technical exercise and not a camera intended for production. The first digital camera marketed to the public was Fuji’s DS-X, released in 1989 in Japan, and Dycam Model 1, released in 1990 in the U.S.

Nikon was the first to introduce a digital SLR, or simply DSLR, camera in 1988. Since then, digital camera sales have continued to increase, driven by the advancement of technology, and in 2003, digital cameras finally outsold film cameras.

The invention of the camera dates back to the discovery and research of naturally-occurring effects upon which even the most technologically advanced cameras today operate. While the invention of photo-capturing cameras can be credited to Joseph Nicephore Niepce, it was the work of his partner, Louis-Jacques-Mandé Daguerre, and many other individuals throughout centuries that perfected the device that now captures photos and fits in the pocket of our pants.

Here are some of the frequently asked questions regarding the historical development of cameras:

What Is the Oldest Camera?

The oldest camera was the modified and downsized version of the simple camera obscura that Joseph Nicephore Niepce used to capture the first photo. The oldest commercially available cameras were Giroux daguerreotype cameras, released in 1841.

Who Truly Invented the Camera?

French inventor Joseph Nicephore Niepce invented the first camera in 1826. Unfortunately, it took eight hours of exposure time since flash didn’t exist at the time, and the only way to develop the photo was through exposure to sunlight.

How Big Was the First Camera Ever Made?

The first camera was approximately the size of a standard room, and it took several people to operate.

How Much Is a Daguerreotype Worth?

Daguerreotypes in good condition have been sold for $2,500 to the excess of $30,000, depending on numerous factors in the antique market. A Daguerreotype camera dating from 1839, bearing the signature of Alphonse Giroux, was sold for $898,000 at an auction in Vienna. 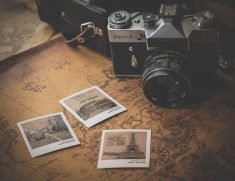 Photography and Its Importance in History 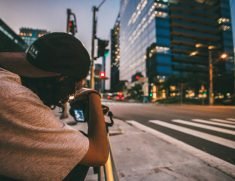 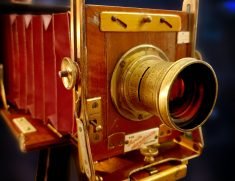